The 3 principles of Holzer Permaculture

This is a post that has been moved from my previous blog hyperbrain.me.

Last week I attended a four day workshop at Krameterhof in Lungau, Austria. Krameterhof is the family farm of Sepp Holzer, now taken over by his son Josef Andreas Holzer and his partner Imgard Ilg. On this 40 hectare farm they practice Permaculture on a big scale adjusted to the local alpine climate – something that definitely has a few challenges – two of them being that the yearly rain fall is around 750 mm and the mean annual temperature lies around 5 degrees Celsius.

The workshop I attended was a four day introduction workshop, but I can highly recommend it even if you have previous experience in Permaculture. Just the chance to get to see such a well-established Permaculture system in a very special place and climate makes it worth the trip. Josef has grown up on this farm. You can hear and see that this is all in his blood, not something you find in every Permaculture teacher. 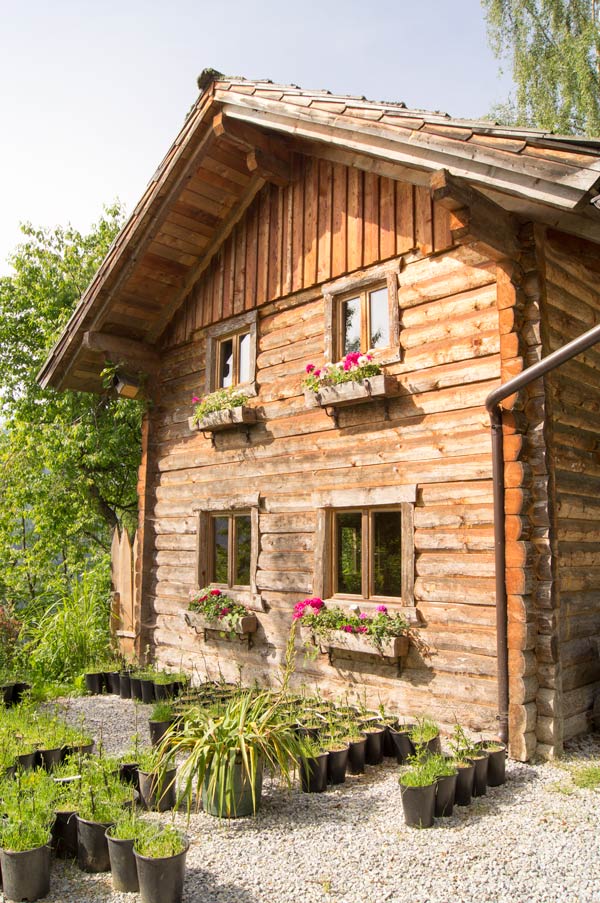 *The third principle was originally mentioned as ”Setting limits to population and consumption” by Bill Mollison in Permaculture – A designer’s manual, but it has generally been replaced with ”fair share” since the original wording had quite negative sounding connotations. There is also a list of 12 Permaculture principles according to David Holmgren. That list has more in common with how Permaculture is practiced and expressed on Krameterhof.

During the seminar we were introduced to the Holzer Permaculture principles as they have been defined by Josef Andreas Holzer and Jens Kalkhof (Jens is an architect focusing on Permaculture and he taught one of the seminar days – see www.permatecture.at). These principles have a higher emphasis on nature and natural systems rather than the social focus of the Mollison principles. In my own free translation and adaptation they can be summarized as follows: 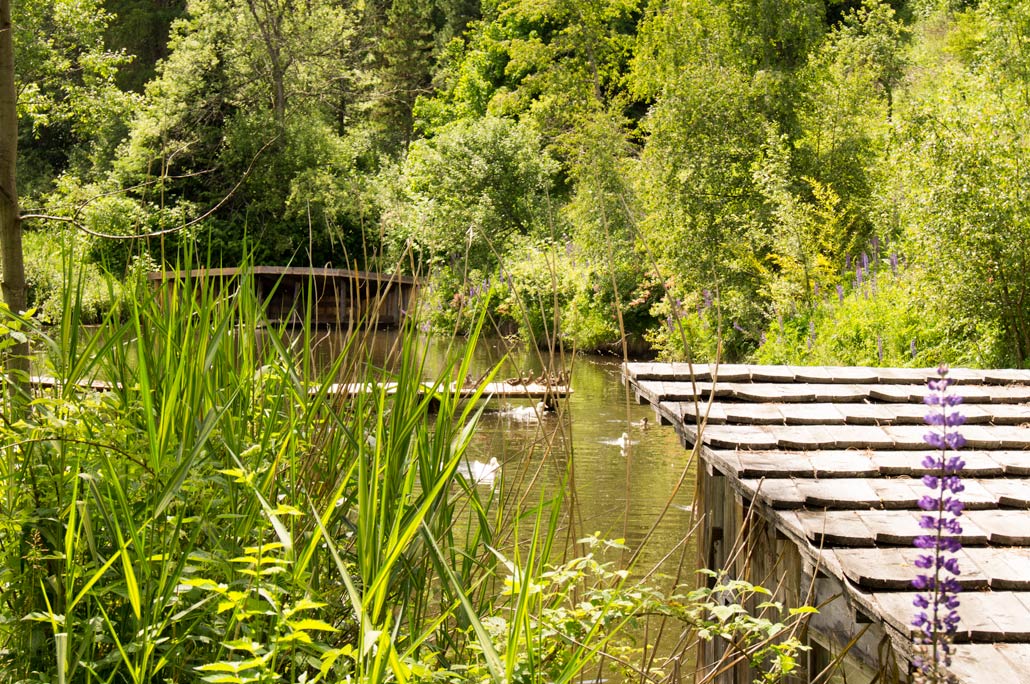 Why are the definitions different?

First of all, Sepp Holzer worked out his own system for decades up on Krameterhof, before he even knew there was something called Permaculture. From what Josef told us, he only came in contact with the Permaculture movement in the 1990’s where some people from a visiting university told him that what he is practicing can be defined as Permaculture.

The way Permaculture is being practiced on Krameterhof is mainly focused on nature, natural systems and what we are able to do adapted to the existing climate. The social aspect of all this takes a secondary stance since the main focus is providing for the people living on the farm and doing this in a sustainable way. Still, everything is being done keeping in mind that humans, animals and plants should all be happy and live well – it is just not being spoken out that clearly in the definitions above.

So how can we implement this way of thinking for ourselves? The first tip from Josef was to spend a lot of time in forests and in nature in general to get a better understanding for natural systems. Why do some plants grow good in one place and not in another? How do different plants and animals help each other? Which ones can become a problem if the population grows too big? 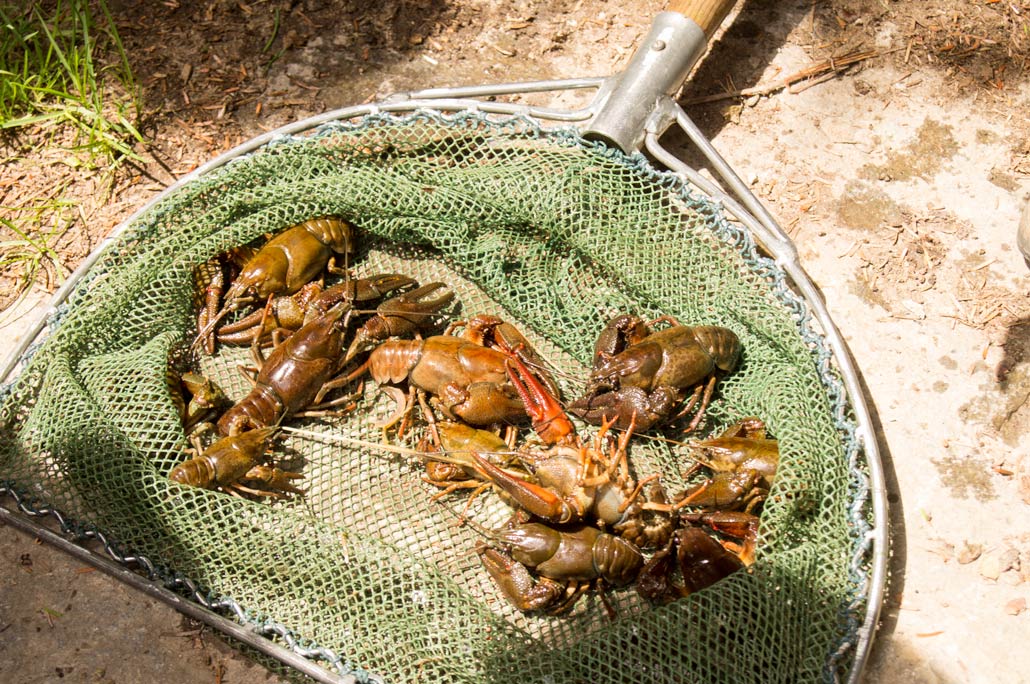 One thing I found really fascinating was what he told about how the land on the mountainsides in their region used to be cultivated in the past. What are now vast industrial pine forests used to be pastures for grazing animals or for hay production, but industrialization changed that a lot. Nobody wanted to use a scythe to make hay high up in the mountains, so the main production was moved down closer to the farm houses and pushed away farm gardens, fruit trees and other produce in favor of specialization.

A lot of knowledge and a lot of plant varieties have gone lost due do this wish for efficiency and centralized production. So many people believe it’s impossible to grow certain fruits or crops in the alpine climate, but the main reason for this is that the old varieties no longer exist. At least the major part of them are no longer commercially available. We can learn a lot from looking at history and what people managed in the past. Krameterhof wouldn’t have existed if it wasn’t possible to grow crops, vegetables and fruit trees up there. If that were the case it would have just been an alpine chalet where a few people lived in summer to let their livestock graze the land. 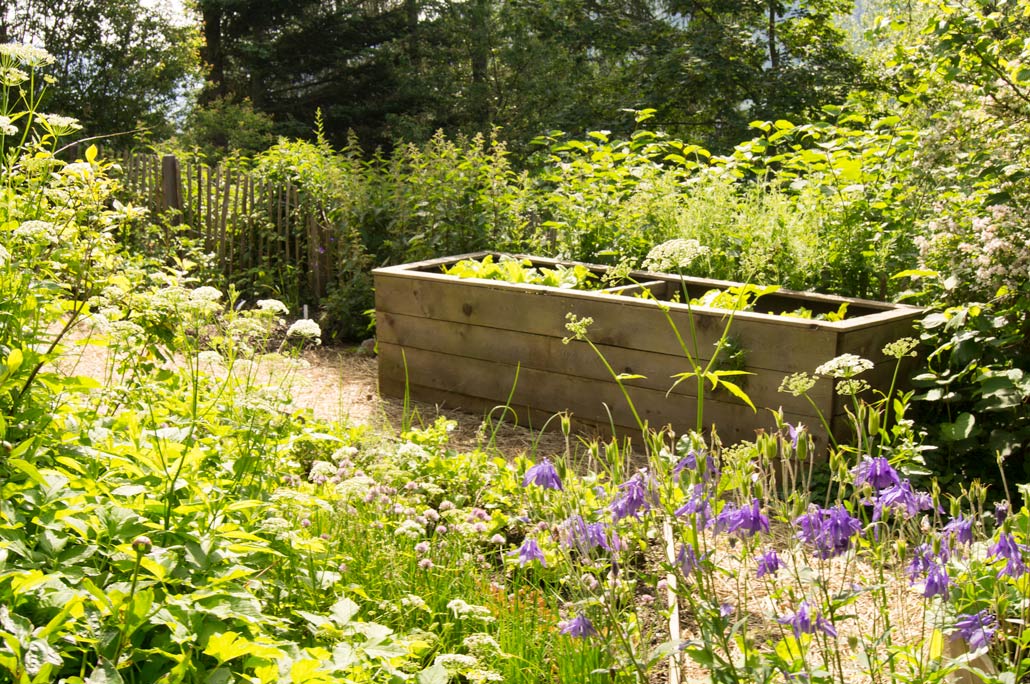 One of the things we learn first when starting with Permaculture is to plan in efficient zones to save ourselves work (for instance to keep plants and animals needing more tending to near the house). On Krameterhof the zones aren’t that obvious to the untrained eye. Sure, the main vegetable garden is next to the house, but there are crops that traditionally are seen as high maintenance on other spots as well. The chickens live quite a bit away from the main house. The pigs live in various pens that are being rotated. The cows are moving around quite freely on huge areas of the land. For a smaller farm, this division definitely wouldn’t be considered optimal. You have to walk quite a bit to do the daily tending to the different areas. But if you look at the way Josef and Irmgard live, they would pass by the main areas anyway on their way to take care of other tasks.

Krameterhof is a very special ”case study” since a lot of the land isn’t possible to use efficiently in the same way as when you work on flat ground. The steep hills make it hard to open up flat fields, thus trees are grown on the slopes instead and allow animals to graze between them. The plant varieties chosen are hardy and most of them don’t need watering thanks to the way the landscape has been designed. When you start looking at the details you see that it’s very smartly put together and that the system mainly works for itself. That’s definitely Permaculture, even if you don’t get a nice zone map when you try to draw it up. This is something I find worth mentioning for beginner Permaculture apprentices. 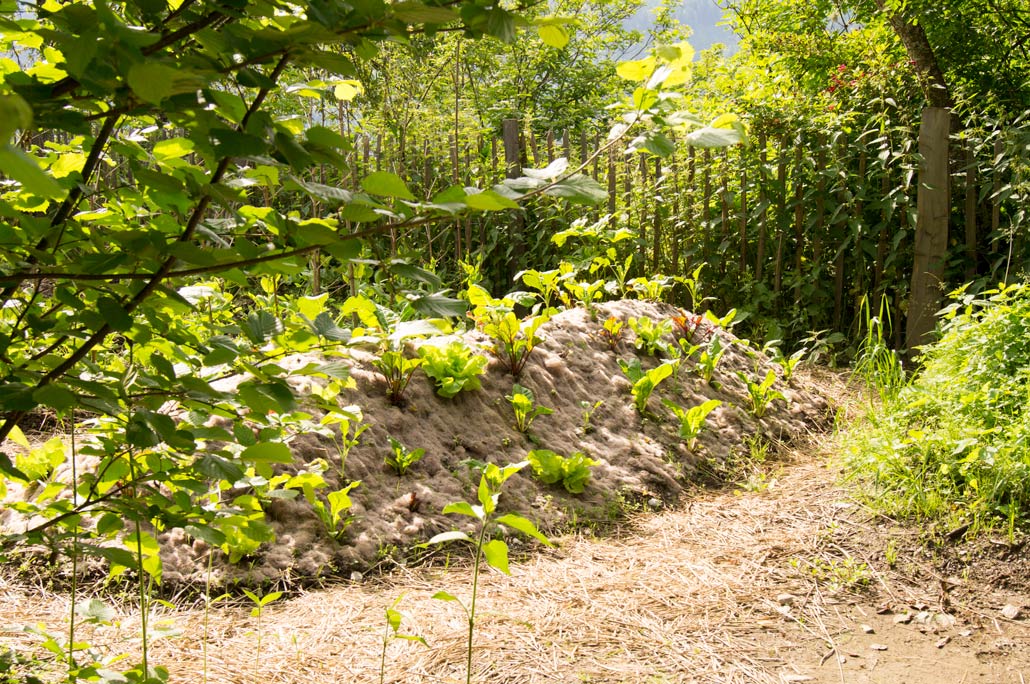 Work with that which is available

One thing that Josef does a bit different from his father is focusing mainly on the possibilities of what’s already at hand in the local landscape. Sepp Holzer was known for integrating a lot of exotic fruits and other plants not naturally belonging in the Lungau region on his farm. There are still some remnants of that (production of Kiwi for instance), but the main focus lies on trying to figure out what works really well in this landscape and do the best possible of it. One example is how Josef uses rowan trees (sorbus aucuparia) to graft other fruit trees onto them. Like that it is possible to create a tree with roots that handle the existing climate very well, while it also produces an abundance of fruit.

Once again we’re back at the first Holzer Permaculture principle: to observe nature. What we need to remember though is to look in the right place. We should look at the places in between our cultivated strips of land – the places where nature is allowed to run free. There we will find the right answers as to what is possible and what nature needs to be happy. That in combination with looking at history will take you very far.

The Creative October Challenge is running for the fifth time in a row! (Well, sixth actually if counting the time I did it on my own.) I'm writing this post in English since this challenge has been around for several years on my old platform hyperbrain.me and has...
Läs mer

(This article has been moved from my previous domain hyperbrain.me to this location.) A camper van is a fantastic travel companion. No need to check into a hotel, no caravan to drag behind your car, much comfier than a tent. But most solutions out on the market are...
Läs mer

How to bind a book

(This article has been moved from my previous domain hyperbrain.me to this location.) In this article I’m showing you how to bind a book using whatever paper you have at hand and just a few tools that most people have at home. I don’t claim in any way to be a skilled...
Läs mer

How to build a natural pond

(This article has been moved from my previous domain hyperbrain.me to this location.) A natural pond is a great feature to add to almost any garden. Water features create favorable micro climates, habitats for many beneficial animals and provide water to the roots of...
Läs mer